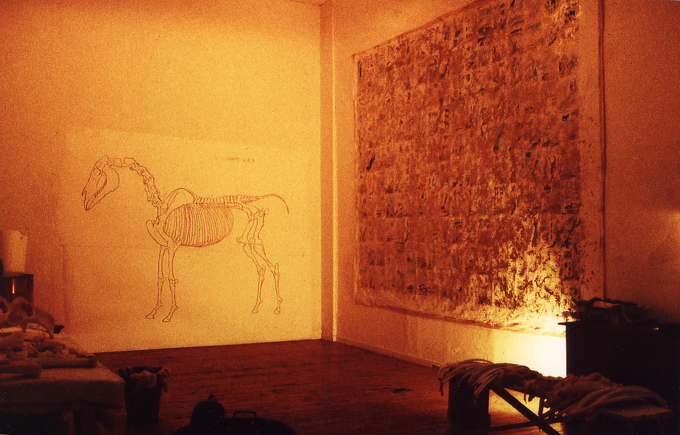 For the project "The Arrival" I preserved the skeleton of a horse in mid-trot. After first obtaining the bones of a freshly-slaughtered horse from a horse-butcher, I then transported these to a School of Anatomy for maceration and degreasing. The actual construction began once the bones had been degreased. During the eight weeks of preparation, a venue in Cologne for Performance Art events made it possible for me to open my project up to the public as a work-in-progress. 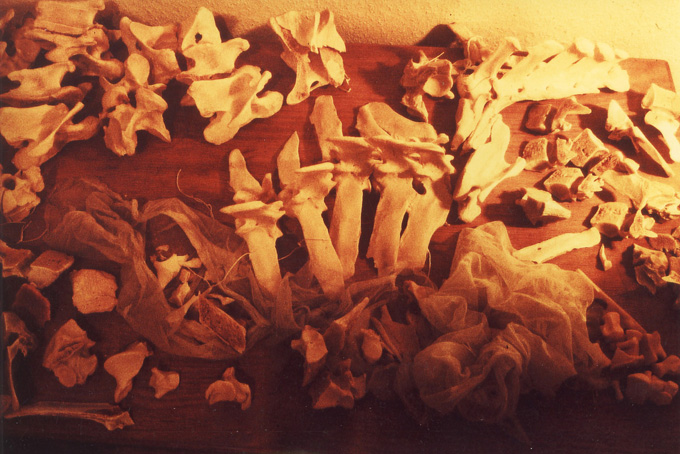 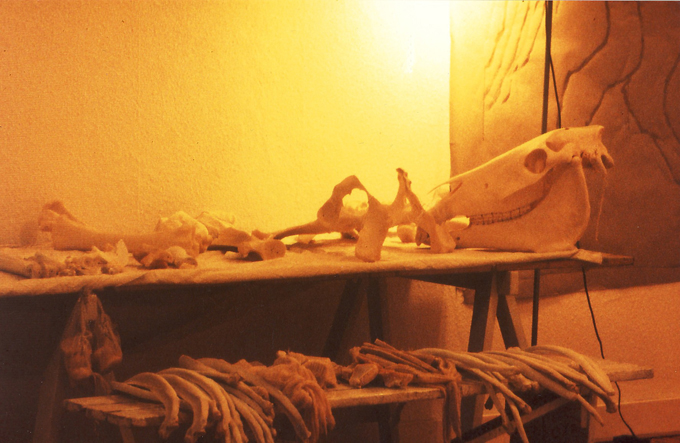 The horse-butcher had severed the bones along the vertebral column. This meant that instead of a mere 260 bones, we had at our disposal, in fact, 600 puzzle-pieces. The immediate challenge, then, was to rebuild the individual bones from their various fragments. 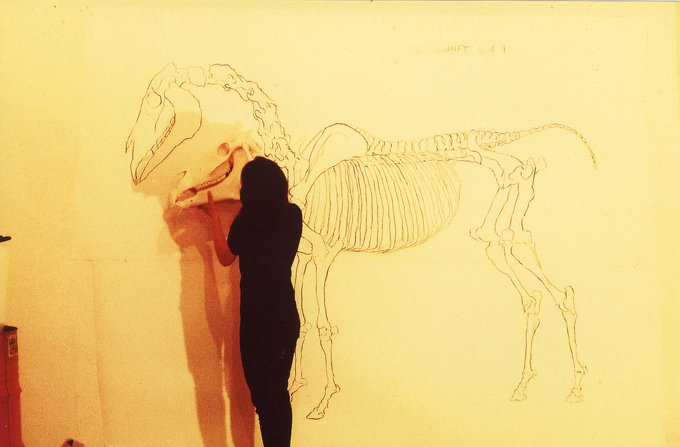 In order to provide a preliminary overview, I first drafted a true-to-scale anatomical sketch. 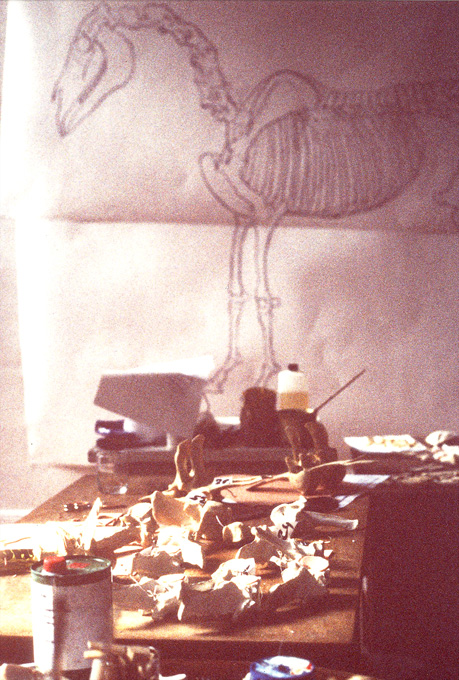 I and two others then spent several weeks gluing the individual puzzle pieces back together with epoxy resin adhesive. 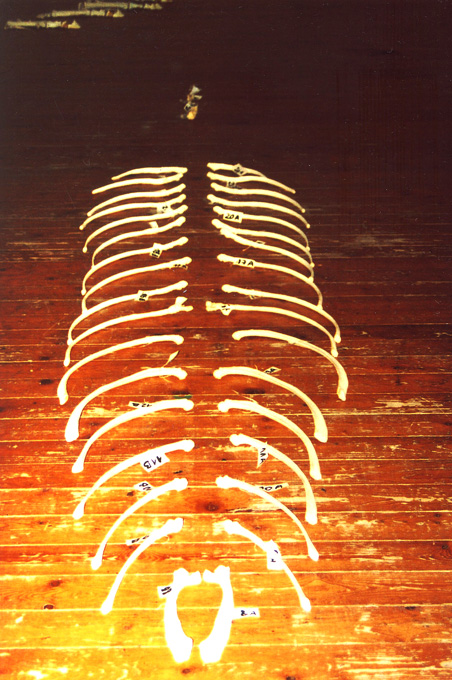 As we worked, we organized and numbered the ribs. 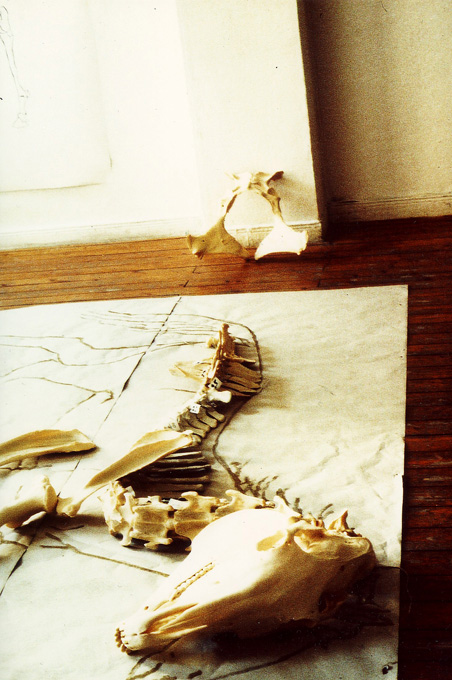 In order to preserve the skeleton of a trotting horse, it is of course necessary to determine the curvature of the horses spine. The angle of inclination of the vertebra, as well as that of all other bones in the skeleton, to one another differs in each particular phase of the process of motion. Taking the breadth of the horses skull and pelvis as my starting points, I executed a true-to-scale contour sketch into which the individual bones could be fitted, and was thus able to determine what the curvature of the horses spine would have been when in a trot. We then beaded the vertebrae onto a cord, and by measuring out the distance from the highest point in the dorsal processes to the upper edge of the vertebral column, we were able to establish the proper degree of curvature. At that point, we pushed a rod bent to correspond to this curvature through the entire length of the spinal column. 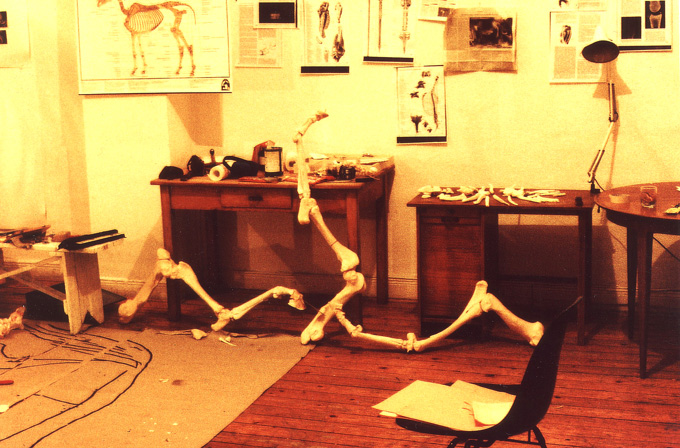 We reconstructed the horses legs in the corresponding manner. 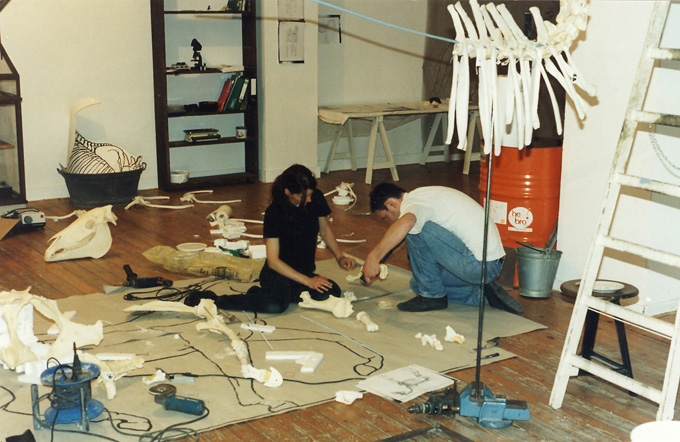 After fastening two supports to the central rod of the backbone, we were able to mount the rest of the bones.

We fastened the ribs to their corresponding vertebrae, and then the leg-bones as they would have appeared in motion. Only at this point could we accurately determine the appropriate length of space of the two supports from the floor to the central supporting rod.  We then fit the skull, shoulder blades, and pelvis into the metal frame, screwing on the legs. We created a separate brace to reinforce the horses raised hooves. 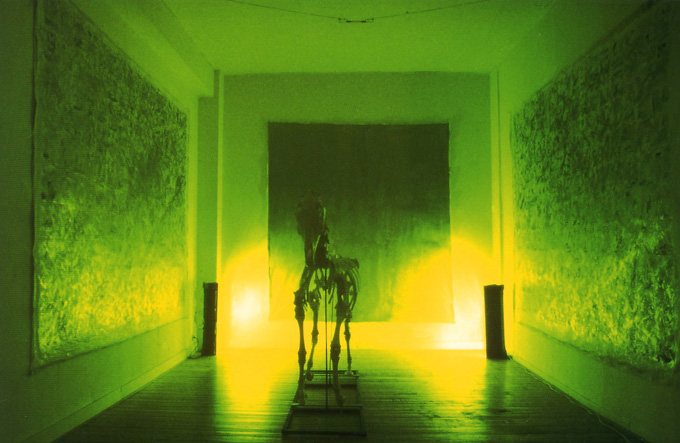 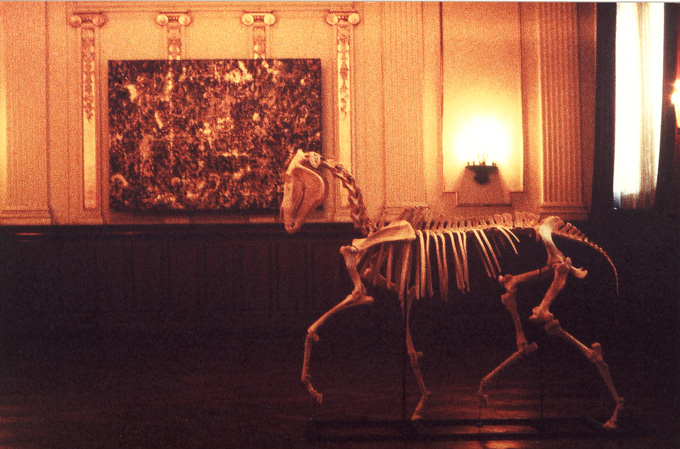 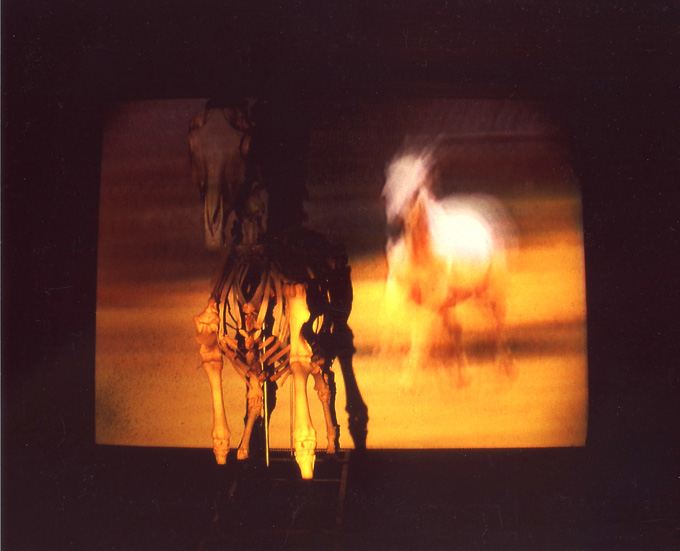